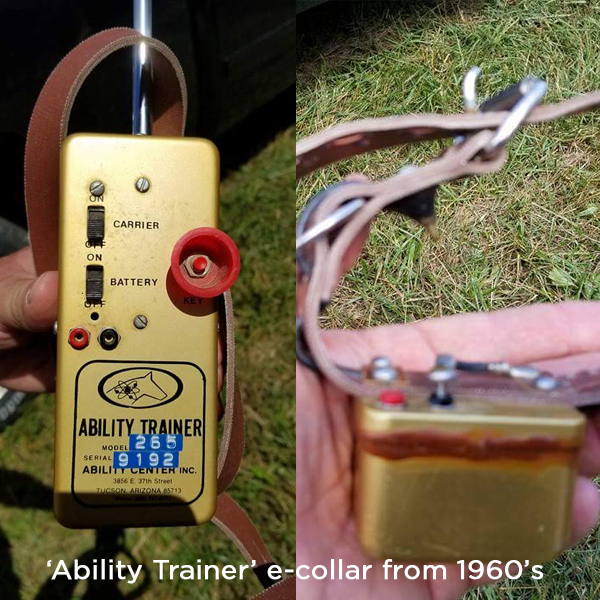 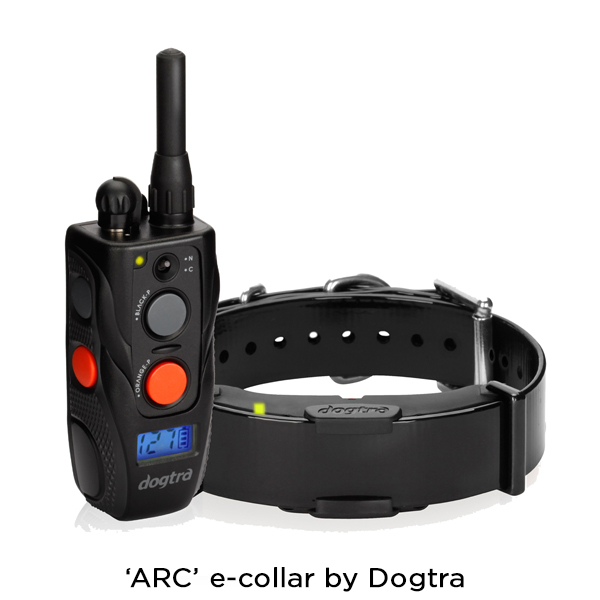 Having a solid understanding of the past helps us to understand the present. It also guides the decisions we make for future development. So today, let’s take an abbreviated history lesson on the development of the remote collar.

From what I have been able to gather, remote collars got their inception in the late 50’s or early 60’s.
A man named Bill Boatman is thought to be one of the first to develop and market the tool through his mail order catalog business.
The initial development was within the hound hunting groups. The goal was to stop dogs from “running trash”. Trash being a term applied to any animal other than the intended game being pursued during the hunt. Hounds are typically working at a significant distance from the hunter. The dog’s purpose is to either move game to a trapped location (ex. treeing a raccoon) or to circle it back around toward the hunter. When a dog runs trash, you risk losing the dog if it is after a game animal, such as a deer, which can cover long distances. Not to mention the expenditure of energy in a fruitless pursuit of the wrong prey means you lose the ability to get the dog back to work. It is easy to understand why “running trash” can be a significant problem for a hunter.

The first collars developed had a single level of stimulation and that level was hot! The sole purpose was to utilize a high level, aversive consequence (punishment) if the dog began to pursue the wrong target. There was no level of finesse in how the tool was used, and given the intensity and the application, the name “shock collar” was certainly an accurate moniker.

What may be lesser known was that previous to the shock collars development, a “#9 correction” was a common intervention for the running trash problem. Number 9 was a reference to the use of number 9 bird shot.
Given a choice between the two, I’d venture to say that the shock collar was considered a more humane and safe option for solving the training problem.

The need to vary the setting to better suit individual dog’s sensitivity was quickly recognized and collars developed so that intensity could be varied. However, the technology was limited, in that changing the stimulation level required changing a colored plug on the collar itself. While this was an improvement and allowed more stimulation choices, the obvious challenge was that the user still had to guess what intensity would be sufficient because once the dog was off leash, the ability to change intensity left with the dog. So, the training techniques were still relying on positive punishment consequences for the dog getting off track.

Fast forward into the 80’s and e-collar manufacturers developed the ability to adjust stimulation levels from the transmitter rather than needing to adjust at the receiver. This development was pivotal and gave rise to a significant shift in the training methods. This is when the retriever world got heavily involved in e-collar training with Rex Carr being credited with much of the earliest influence. Shortly after, names like Dobbs and Lardy began producing lots of training material that folks like myself cut our learning chops on. The use of negative reinforcement and idea of indirect pressure (stopping the dog with a Sit command and redirecting to the correct direction) became primary ways of using the collar in an improved way. Lower levels of pressure could be used to influence and guide a dog, preventing wrong choices from occurring…thus teaching the dog “how to stay on course” rather than early punishing for going astray.

The remote training collars of today offer numerous options to meet a variety of training styles. Options such as audible tones and vibration settings allow the user creative ways to communicate. These features can be used for purposes such as a unique interrupter to stop nuisance behavior, or they can be conditioned for a single purpose cue, such as a recall. They can be paired with rewards for use in marker training, or used in the more traditional approach as a warning signal for the dog disobeying a command.
The stimulation profiles on quality collars still provide high end levels for those dogs more impervious to physical sensation, but they also encompass settings so low as to be imperceptible to most humans.
In more recent years, GPS tracking has been added to some of the units as well.

Over the past sixty years, the remote collar has matured from a rather crude instrument into an advanced communication device.

Gone are the large, bulky receivers with external antennas. The collars of the past that only fit on large, hunting breeds have been replaced with small, streamline shapes that fit easily even on small pet dogs.
The transmitters have morphed from a single stimulation remote the size of a large flashlight with a three-foot antenna, into ergonomic, hand held pocket sized units that offer the user a wide range of stimulation levels.

We’ve come a long way since the days of the “shock collar”. Today we have multi-faceted tools that allow us to communicate with great finesse. I’m certain we’ll see even more innovation in the future. And as the years continue to tick by, hopefully the old terminology will drop from the vernacular too. Today’s remote training collars bear only the most vague resemblance to their past predecessors.