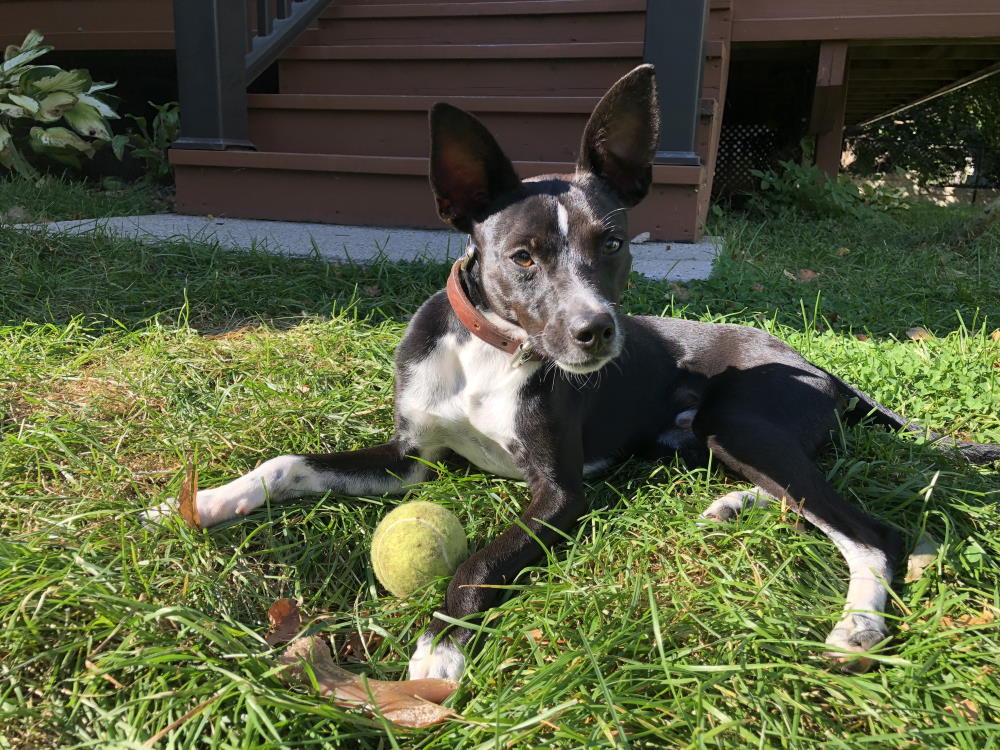 Lots of dog training articles attempt to help pet owners understand how to have better control of their dog. Dog lovers seek advice on how to deal with problems like: excessive barking, nuisance chewing, lunging on leash, not coming when called, jumping up, and a whole host of other frustrating problems.

When I author those types of articles I always mention that it is necessary to reward or “pay” the dog for his efforts, but I’m wondering if I’ve been guilty of only giving that concept a cursory response. So, for this article, I’m devoting all attention to the topic of rewards to make sure everyone is clear on how important they are for successful training.

Why are rewards important?
When you are training your dog you are teaching him to do something for you in response to a verbal cue. For instance, you say “Come” and the expectation is for your dog to leave whatever he is doing and come immediately to you (and maybe to sit in front of you when he arrives).

Ask yourself this question: What reason does your dog have for doing that behavior?

If your first thought is “because I said so,” I get it. I also want my dogs to respond immediately because I said so. It isn’t a negotiation and I certainly don’t want it to be optional. There are times when immediacy could be the difference between life and death.

But, let me point out that the “because I said so” mindset won’t get you the highest levels of compliance. It most certainly won’t get you a dog that responds happily and quickly. Dogs are no less likely to weigh choices about “obeying” than we are when obligations to do something tedious are competing with more enticing endeavors.

How much time do you spend on Facebook when you should be working? Have you ever called in sick when you felt perfectly fine but you really just wanted the free day to go play? Perhaps you’re a safe driver but you violate the speed limit on occasion because you’re so excited to get to an event?
Our dogs are not the only beings that will favor “not listening” or not “doing the right thing” for the more rewarding or exciting opportunity.

Answer this question: How long would you continue to show up and do your job if you were never to receive another paycheck?

Humans have varying degrees of loyalty and desire to “do the right thing” and so do our dogs. Some have more wherewithal than others, but if the return for work and time invested disintegrates to zero…well, we stop putting in honest effort.

There are varying degrees of “disobedience”. Sometimes the dog is complying, but just not as quickly as possible. It may be in the eye of the beholder, but I want my dog to give me 100% effort. Because of that, I make it worth his while to listen; I make generous use of rewards!

If you feel like your dog has a rather lackluster response most of the time then let's figure out, “What’s in it for the dog?”

When we discover the answers to that question, we’ll be able to improve enthusiasm AND build even greater reliability.

With my personal dogs I know what things are of value to them. Plus, I have a good handle on how the rewards rank in order of preference. Dogs absolutely value some rewards more than others. Their preferences are individual, so it is a mistake to think all dogs will respond to a treat or that all dogs like to be petted and praised. Just like some people may value time off more than overtime pay, or some may value public acknowledgement more than a bonus, dogs also have individual preferences for what they find rewarding so keep that in mind.

Learning your dog’s preferences might take a little time, but let me share ideas you should experiment with.

Food: This is a no-brainer for most dogs. The exception might be dogs that have free, constant access to food. You can increase your dog’s motivation for treats by feeding timed meals AND by experimenting with your treat choices. Some dogs will work well for their regular kibble, but if you want to see some rocket fast responses, pull out a morsel of meat from time to time. Dogs are primarily carnivores so appealing to that part of their palate can go a long way in building more motivation. If you’re worried about adding extra calories, (and many people should be concerned as obesity is a problem with many of our canine companions) cut back on meal portions and be sure that treats are cut into PEA size pieces. Additionally, remember to use them as REWARDS (meaning AFTER compliance), not as a bribe dangled in front of the dog to entice them to perform. Once you get past the first dozen reps of initial behavior acquisition, it is important to move beyond the lure/reward phase of training.

Toys: Toys can serve nicely as rewards for your dog. Particularly if they are toys you don’t allow your dog to have on a routine daily basis. For instance, my personal dogs have 24 hour access to chew items such as nylon bones, rubber toys, and deer antlers. However, stuffed squeaky toys are kept in a closet so that they don’t get dissected and because they are a more motivating reward (due to the novelty) when I do bring them out!

Play: Toys are a nice reward, but the wow factor goes up considerably when you use the toy for an interactive game of fetch or tug. Playing with your dog is an excellent way to build a stronger relationship. Play requires that you both participate so it enhances cooperation and it provides the perfect opportunity to work on impulse control. Combining obedience commands into play sessions will help your dog learn to tune in and follow commands even when in a heightened state of arousal.

Touch: Physical affection works as a reward, for SOME dogs. It is important to note that not all dogs are motivated by physical affection and some may actually resent it. Many of the intense working breeds will learn to tolerate copious amounts of petting and touch, but usually only AFTER they’ve expended pent up physical energy. And, some dogs are shy to touch. With counter-conditioning exercises they can often overcome the shyness, but that doesn’t mean that petting will be a highly valuable reward for them. Use touch according to your dog’s fondness for it and pay attention to preferences. Some dogs love a rousing belly rub, while others prefer a heartier thunk on the chest.

Verbal Praise: Using verbal praise to reward your dog is similar to physical affection. Some dogs are motivated by it, some are not highly impressed. It depends on the dog. You can increase the motivating effect of verbal praise by using a slightly more excitable pitch than your standard “talking voice” and by pairing the praise with other more valuable rewards. Just don’t assume it is highly motivating. Dogs have to learn to interpret our human voices, they don’t naturally respond enthusiastically to words like “good boy” or “good girl”.

Intrinsic rewards: I consider intrinsic rewards to be the most powerful choice of all. However, they tend to be the most challenging to learn to use properly. An intrinsic reward is something that is part of the dog’s natural behavioral repertoire. For instance, herding dogs were breed to move livestock, just as terriers were breed to hunt vermin. The behaviors of chasing things that move or sniffing out (hunting) and violently shaking (killing) come naturally. These behaviors don’t need to be taught, they are innate to the dog.

Because dogs are predators they all exhibit these innate behaviors of hunting (sniff), chasing, and capture (grab/tug/shake) to some degree or another. The intensity can vary greatly depending on DNA, but don’t delude yourself into thinking that because you own a Maltese that there isn’t a predator under that lovely white coat!

If you can tune into the part of the predatory game your dog likes best (the hunting, chasing, capture or tugging/fight) you will turn your play into a much more meaningful experience. The key is being able to control the behaviors by teaching the dog to start and stop on your command. Once you can do that, you can even give your dog permission to chase the squirrels or hunt the mice. With training and practice you’ll be able to stop the pursuit in its tracks if needed.

How to use rewards: It might seem obvious to reward your dog for good behavior, but there are a couple key things to remember. First off, dogs have a relatively short association period. This means that their ability to connect the dots between events (behavior and resulting consequence) is a relatively short window of opportunity. It is believed that the ideal timing for helping dogs create associations is two-seconds or less. I encourage you to shoot for even better timing than that! Particularly when it is your first time teaching a behavior. Try to time your rewards just as the dog is completing the desired behavior, so deliver the treat or the ball toss just as your dog does what you ask. The better the timing, the faster the dog will connect the dots!

It is worth mentioning that the same rule holds true for interrupting behavior you don’t like. Timing is everything! The closer the interruption to the time the dog begins to make a mistake, the faster he can learn to stay the course with the correct behavior. Of course, this is what has made me such an advocate for the proper use of remote training collars. The timing can be impeccable. Plus, the ability to interrupt mistakes when the dog is off leash and at a distance is an advantage that no other tool can compete with.

It is also important to understand that in the early teaching phase you should reward every single successful repetition. As your dog gains comprehension, you change the reward ratio and become less predictable. Think of yourself as a slot machine (but one that pays reasonably often!!) Give the pay out, but not every single lever pull. This keeps your dog motivated to play the game to earn rewards.

Now get creative and have some fun!
Happy Training!!