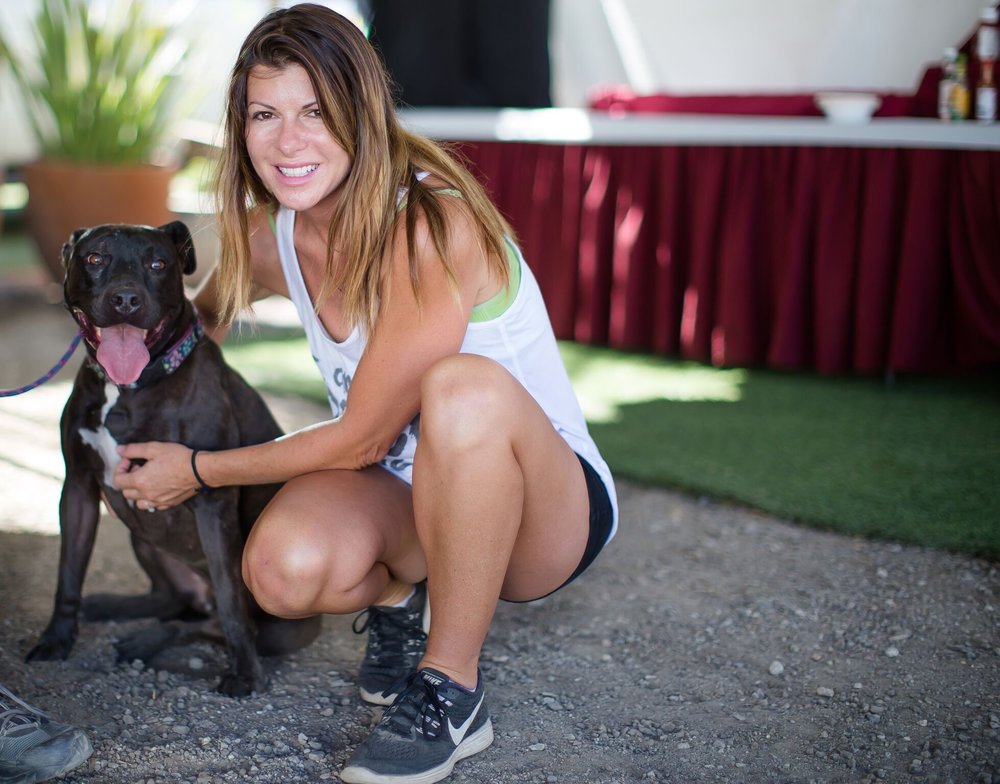 “Teach the human to lead, and the dog will follow.”

These words are the mission of Colleen Steckloff, one of the nation’s top dog behaviorists. Colleen has seen countless dog behavior issues but her core belief in re-calibrating these dogs is always the same.

Colleen’s passion for dogs can be traced all the way back to her childhood days, when her beloved family dog, Wendy, was given away because of behavioral issues. It was a devastating event for young Colleen, but it helped fuel her passion for dogs, and guide her to where she is today. The mission to eradicate behavioral problems in dogs began during Colleen’s college days where she studied film and zoology with a dream of filming documentaries. Shortly after, she began working in the TV and film industry alongside some of the world’s most recognizable animal trainers. Working with many top notch professionals drove Colleen to Animal Behavior School where she graduated in 2001 and set out to start her own company, LAK9’s in Los Angeles. Her reputation for taming LA’s most aggressive dogs spread quickly, and she became speed dial #1 for many of the area’s rescue organizations who had unadoptable dogs. She welcomed them with open arms and successfully rehabilitated countless rescue dogs to help them find their forever home.

What’s her secret? Well, you’ve already read it. “Teach the human to lead, and the dog will follow.” Colleen has discovered that education of human owners is the most important tool for success in correcting behavior issues with dogs. She has devoted a lot of her own time to stay educated as well, researching tools and techniques used by top behaviorists such as Martin Deeley and Linn Boyke. Colleen was even one of the first participants in Linn Boyke’s intensive, seven month shadow program which focused on extreme dog aggression. She also remains an active member of the International Association of Canine Professionals (IACP).

One of the biggest boosts for Colleen’s career came in 2010 when she was tabbed by Cesar Millan, The Dog Whisperer to become one of his assistant trainers. Cesar was quick to notice her natural talent with dogs. “Colleen is a great dog trainer, Colleen is also a great teacher. Her techniques and her energy is perfect.”

Working with Cesar has lead to many more opportunities for Colleen, as she has traveled to 28 different countries and also become the head trainer of the “Training Cesar’s Way Workshops.” Being one of Cesar’s mentees has taken Colleen’s expertise to a national and worldwide stage. Her own shadow program and certification is one of the most coveted by trainers around the globe and she’s even added some of Hollywood's most famous to her list of clients. Colleen doesn’t just preach about what she does, she lives it every day. She currently resides in Venice Beach with her husband/business partner, Dave, and their four rescue dogs.

So where does e-collar training fit into all of this? Well, Colleen takes a unique strategy when implementing the e-collar in her training regimen. Typically, Colleen will spend a minimum of two weeks working with a dog to help build a foundation of obedience commands before introducing the e-collar. When asked about how she specifically uses the e-collar, Colleen said, “Basically I use the e-collar as guidance, motivation and correction from the environment. I do not use it for obedience or building up a working drive. I use it as a tool to help bridge the gap of energy and intensity between human and dog. I teach it in a way so that they dog can 'feel' the human's voice.”

Colleen can be found at lak9s.com and on Facebook.